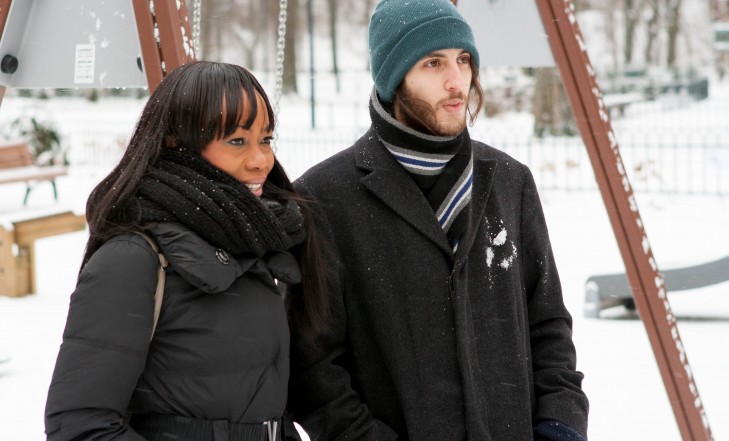 In the beginning of October I was lucky enough to attend the premiere of a Lithuanian documentary film by the name of “Pasaulio virtuvė”, translated into English as “Ethnic Kitchen”. The film stars five foreign women who live in Lithuania, describing their lives here.

How was the film? I don’t know. Most of it was in Lithuanian and without English subtitles, unfortunately; but the director told me that two versions exist, one of which has English subtitles. I would still say that the visual experience alone has its own ground to stand. But first, perhaps I should digress a bit and explain why I was there in the first place.

One of the heroines of the film is none other than MRU’s very own graduate who prefers her name to not be mentioned here, who also happens to be a friend of mine. She asked me to join her for a day of shooting (with a camera, not rifles) sometime last winter. I did, and as a result I have a cameo in the movie for about one minute. Yay timid me. So this is essentially why I was there.

Now, regarding the film itself, a Lithuanian person who attended the premiere told me that the film is rather depressing. The women in the film do not seem particularly happy, and the film itself was filmed during winter (in which it is cold, quiet and not particularly colourful, if you didn’t get a chance to notice it yet). To some extent, I agree with that. As I think we can all agree, the life of a foreigner in Lithuania, especially if you happen to not be European, tends to carry some depressive elements into it. Living here forces foreigners to deal with cold and quiet winters, language barriers, cultural barriers, constantly being asked why we are here when Lithuanians themselves are leaving and, of course, various degrees of xenophobia. There are good things too, of course, but ignoring the bad would bring us nowhere.

And this brings up a question. Why are we here, in Lithuania? Why are the heroines of the film here? Each of them has her reasons and story, and each of us foreign students has their reasons and story. I am not going to ask you for your own, because I personally dislike answering this question. Perhaps, rather than asking why we are here, it is better to ask what are we going to do while we are here. What we will do with what we gain and learn here. Food for thought.

And about the movie, once again, I would recommend you to watch it when the subtitled version is accessible. Some good people worked on it, and I found it to be a good food for thought. Although, maybe I was simply hungry at the time.

By Phi Atratus (in the picture, on the right)