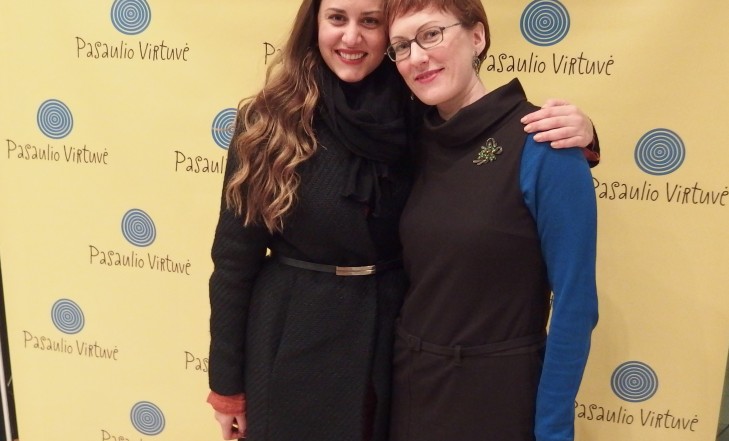 Jolanta Mickute: "How do Emotions Color Our Assumptions?"

While working as a human rights expert, I had the privilege of touring six Lithuanian cities and towns with the team of the “Ethnic Kitchen” and its film director Aiste Ptakauske. There, after the screenings, I led discussions and answered, in tandem with the director herself, questions that the Lithuanian audience raised about the issues and persons presented in the film, or, more particularly, about the women immigrants who came to live in Lithuania at different periods of time from various parts of the world. These women brought their own culture of interaction and a different understanding of the role of men and women in society, as well as the role of society in their lives. No less importantly, they brought their own non-Catholic yet Christian beliefs or even a different religion to the predominantly Catholic Lithuania. In the course of discussions, I noticed that the Lithuanian public felt deeply for the joys and sorrows of these women, at the same time dismissing or laughing off the more critical comments that the film heroines had about Lithuanian society. In short, the Lithuanian public avoided introspection or a more critical look at Lithuanian culture and its positive and negative aspects.
After the tour, I came back to the article I have recently published with the Indiana University History Learning Project. It touches upon emotions, one of the most important hurdles to a more critical discussion. The article shows the emotional coloring of our assumptions. And if anyone challenges them, feelings come surging to the surface, preventing any possibility of a more critical, analytical thinking. People run into what we called “emotional bottlenecks.” The article I am publicizing here teaches ways to avoid these emotional bottlenecks or, if they arise, ways to surmount them.

Please read the introduction to the article below. 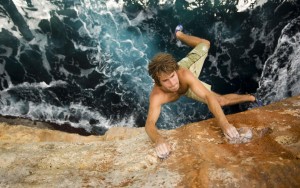 You have to really like it to go for it. But you have to get ready for it, too.

Our years-long training in historical thinking provides us with the necessary skills to do this. Our students, however, need to start with a different type of rock climbing, which we could call “rock climbing with ropes,” or learning history with their teacher’s guidance and help. 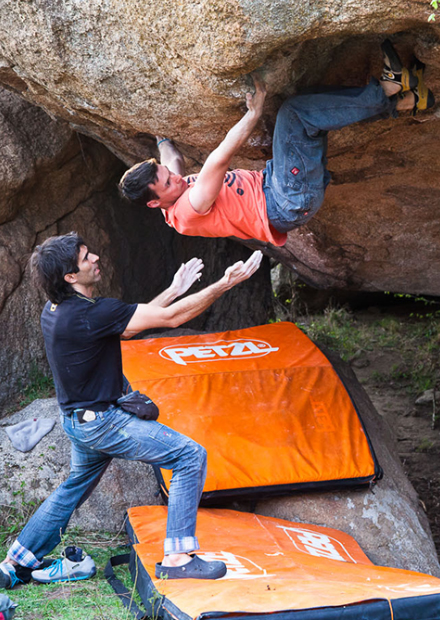 This is a lot less frightening, isn’t it?

Naturally, many students do not like climbing without ropes, and their instructors may experience resistance to such learning: “The students in my class do not want to work hard and learn.” And who could blame them? Learning such climbing demands a massive amount of time, effort, and commitment.

But research by our Affective Learning Project shows something different to boot. To every class, students bring pre-formed narratives about that class’s content and format. When classroom experiences do not match students’ expectations, emotional bottlenecks arise. Many students might stop wanting to learn. Analyses of faculty and student interviews reveal two kinds of student preconceptions:
• procedural (regarding how history, or rock climbing, works and how it should be taught), and
• identity-based (revealing two modes of thinking: “I am/am not a good rock climber” OR “The instructor has something against me or ‘my kind’ of rock climbers”).

Research on misconceptions about science, alongside neuroscience on emotions, has illuminated this phenomenon. From the education specialist Micki Chi, our team of researchers learned to show students the contrast between the ways they are thinking about a concept VERSUS the way an expert does. Why? As professional historians, we don’t want our students to make serious cognitive mistakes because cognitive and affective aspects of learning are interrelated! When students watch experts model their own successful confrontation of these emotional bottlenecks, they learn critical tactics for achieving historical literacy as well.

When addressing student emotions, some people assume that the instructor’s response should also be emotional. But learning—or, more exactly, conceptual change—is the goal. Yet our research also shows that emotions are intertwined with all learning. Students who have not previously written poetry, for example, may have an inner narrative about not being a poet and not being able to write a good poem. Tony Ardizzone, Professor at Indiana University, breaks this poetry-writing bottleneck into component parts (see his lecture). With the mental actions modeled well, the students are more likely to master these skills. Here is one example: 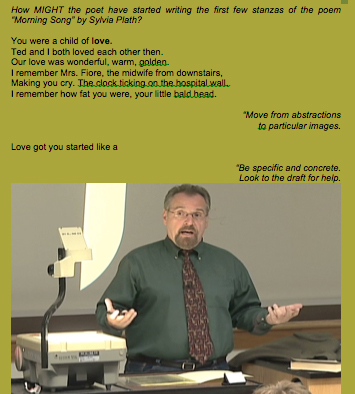 The Decoding the Disciplines theory that we use in our article helps to make sense of emotional bottlenecks, starting with the first step: identifying the problem. Where are the students getting frustrated? What mental action on the part of the teacher helps the teacher to avoid the frustrating bottleneck?

Our article provides a case study of getting students to move through the emotional bottleneck related to the study of Mexican immigration to the U.S. It shows mental modeling through a metaphor of monarch butterfly migration. That way, instructors avoid the emotional resistance that undermines learning—whether their subject is history or any other field. Once instructors recognize emotional bottlenecks, they can direct students to the appropriate mental operations to avoid them. Without emotional obstruction or at least aware of where it might arise, students can start learning to climb without ropes.