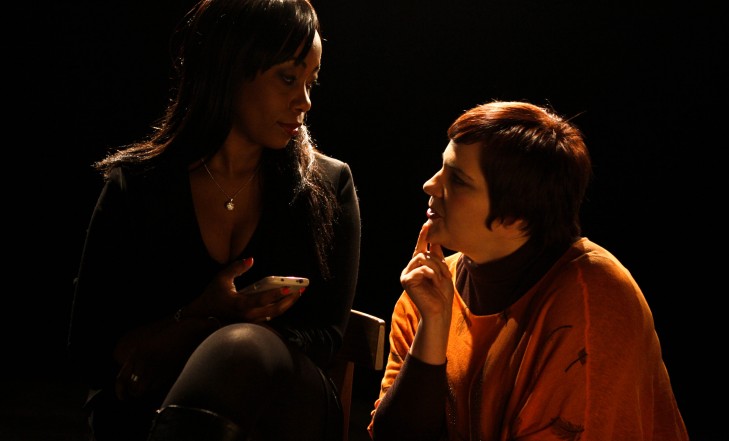 The year 2015 marks the 24th year of the global 16 Days Against Gender-Based Violence campaign, initiated and coordinated by the Center for Women’s Global Leadership. Participation in the campaign has seen over 5,478 organizations, policymakers, governments, UN agencies and countless individuals from over 180 countries worldwide. Creators of Ethnic Kitchen, a documentary about immigrant women in Lithuania, express their solidarity with the goals of this campaign by making the full version of the film together with custom made guidelines for after-screening discussions available online free of charge for the period of 16 Days Against Gender-Based Violence from November 25 to December 10, 2015.

Ethnic Kitchen is a documentary about five women who moved to independent post-Soviet Lithuania from different countries, at different times, and for different reasons: Keisha Ingram from Jamaica, Alicia Gian-Mačiulis from the USA, Marisa Leonavičienė from Uruguay, Aminat Saiyeva from Chechnya, and Božena Karvelienė from the Kirtimai settlement. This documentary is a quest for universal “ingredients” that can make a home no matter where we are. The film premiered in Vilnius, Lithuania, in October 2014. Since then the creators of the film, accompanied by acclaimed equal opportunities experts, held screenings of the documentary in 15 Lithuanian towns: Vilnius, Kaunas, Klaipėda, Šiauliai, Panevėžys, Marijampolė, Alytus, Druskininkai, Tauragė, Joniškis, Mažeikiai, Pakruojis, Radviliškis, Utena, and Anykščiai. Over 300 households and organizations, including 100 Lithuanian secondary schools and 50 public libraries, organized independent film screenings and dicussions in their local communities. On March 8, 2014 the film premiered on the Lithuanian National Television and, internationally, at the Bio Paradis cinema in Reykjavik, Iceland.

Ethnic Kitchen was introduced to Lithuanian audiences for the first time as part of the 16 Days Against Gender-Based Violence campaign in 2012 when Aiste Ptakauske directed a staged reading of her documentary play about immigrant women in Lithuania at the State Youth Theater of Lithuanian on December 8, 2012. The event generated tremendous interest and support. ‘We didn’t know that there were such interesting people living around us! We had no clue that such wonderful things were happening in Lithuania. We saw ourselves and our country through different eyes’. These were the most common exclamations from the audience members. After the first performance, the positive reviews spread throughout the country and people from other cities clamoured for repeat performances of Ethnic Kitchen. This enthusiasm gave birth to another idea – to develop Ethnic Kitchen into a documentary that could reach all corners of Lithuania.

The 16 Days Against Gender-Based Violence campaign aims to bring attention to issues of racism, sexism, cultures of violence and calls for the implementation of human rights obligations, including the right to health and reproductive rights, and end to militarism and gender-based violence, among others. “I hope that Ethnic Kitchen will help further the goals of the 16 Days Against Gender-Based Violence campaign in Lithuania”, says Aiste Ptakauske, the director of the documentary, “After the first presentation of the work in 2012 many people wondered why I decided to launch Ethnic Kitchen as part of the 16 Days Against Gender-Based Violence campaign. They thought that neither the play nor the film touched on violence. I tend to disagree with this particular statement. There are many different forms of violence. Limiting people’s opportunities to express themselves freely either in public or in private is one of them. The main goal of Ethnic Kitchen is to give space for the voices of members of our society who are usually marginalized or ignored. Making this film available online, I hope that it becomes an exercise in listening, patience, and compassion to another human being no matter how different he or she seems to us. Our willingness and ability to hear and understand another human being, to my mind, is the shortest way to resolving all conflicts and misunderstanding peacefully, without violence”.

The documentary about immigrant women in Lithuania together with custom made guidelines for after-screening discussions is available on the YouTube channel of Ethnic Kitchen: